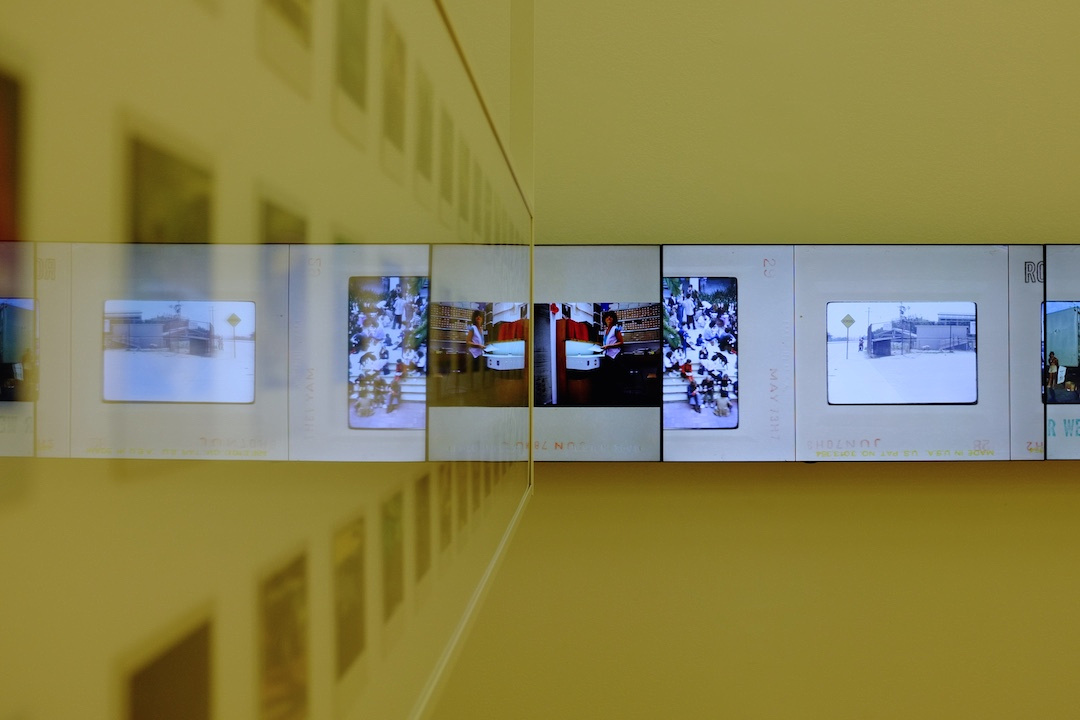 Part of being human is change.  For better or for worse, the changes we make, the changes around us, and how we adapt to such define who and what we are.  I am rarely content with a banal routine.  To live life without change—active or passive—is to live a life of stagnation.  My mind naturally rebels against stagnation.

I do not have a particular date to mark when I officially became a photographer of a professional caliber.  My journey has been more of a progression as I sought out and gained experience to hone my skills.  The disadvantage of teaching oneself a skill is that there is no “graduation” per se as with a formal course curriculum.  Indeed, it seems in my case that the lessons never end.  And so when I established K. Dao Photography in early 2012, I never exactly got a grasp on how to market my services and my work. 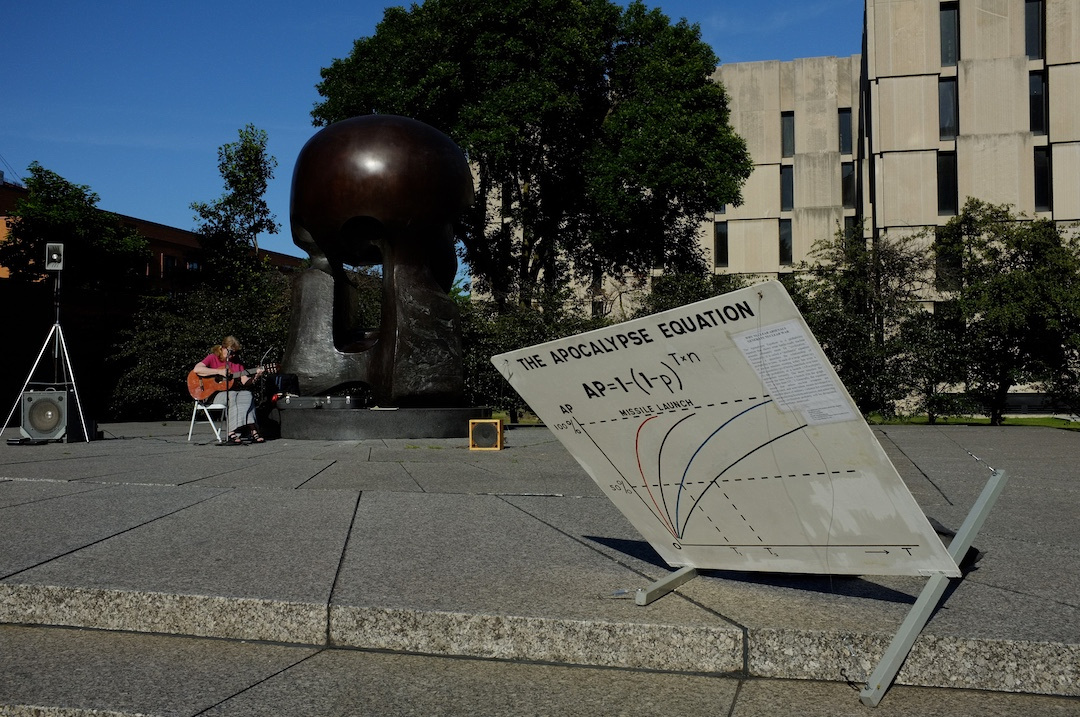 The first K. Dao Photography presence took on the shoddy form of a hashed together Facebook page and an obscure online gallery and printing service called Fototime.  It was not long until I realised after being inundated with questions as to how to access my work that I was not reaching a viable audience . . . if any audience at all.  In fact, it took a while for me to even print out business cards to hand out to at fencing tournaments let alone develop networking skills.  Not until a year into law school that I understood the necessity of networking in general that I decided to put a more concerted effort into such in my photography.

By the autumn of 2013, in an effort to establish more of an online presence, I did what many photographers online have done—I started a photo blog.  (Instagram was and still is not a viable option for me.)  I had figured that a periodic, non-social media display of my work would garner an sizable audience finally.  Once again, though, as the famous adage the great British television persona Jeremy Clarkson often proclaims, I was “ambitious but rubbish.”  Two years of the blog had yielded a handful of loyal readers, to whom I am very thankful and grateful.  My content, though, was still not compelling enough to draw in a wider viewership.  My primary subject matter—fencing and street photography—is esoteric at best and lacks the ability to peak the interest of a general audience expecting images of weddings and sleeping new borns.  And so my blog floundered.  The infrequency of my postings due to having so much going on in my life and trying to figure out what to write about did not help, either. 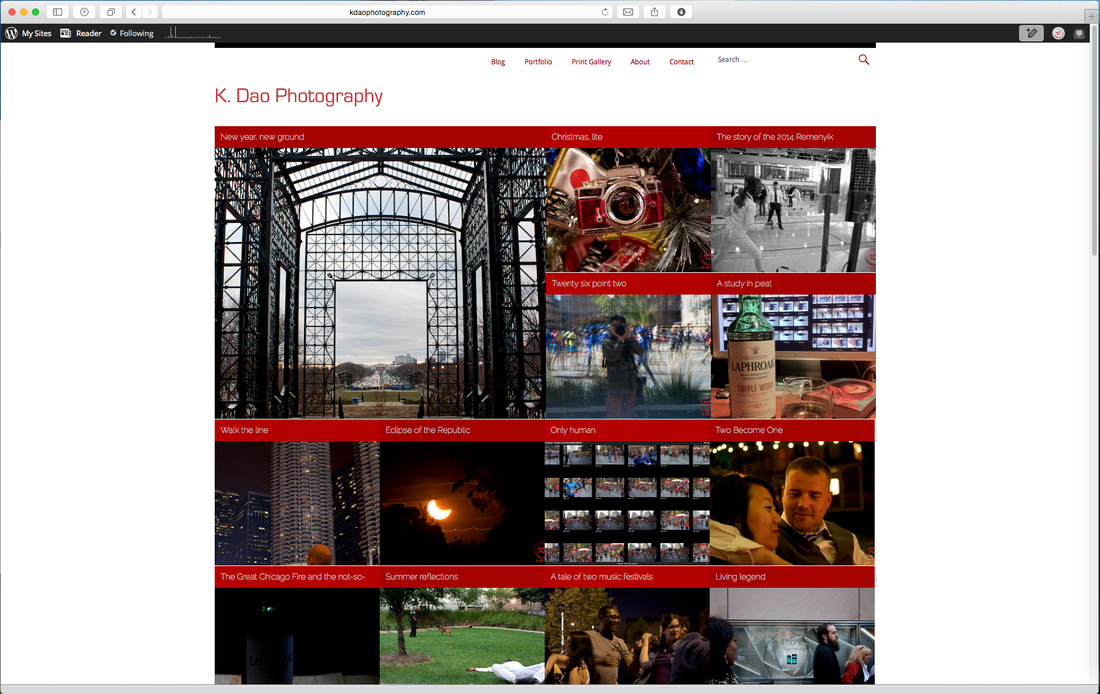 The second version of the old K. Dao Photography blog site. The first version looked like something from 1997.

The content on my photo blog became banal.  I even lost motivation to update my portfolio that contained images from 2012.  Fencers and parents wishing to purchase prints of my work from tournaments continued to inquire where and how to find them.  The system as I had it was not working.

Eventually, I did receive some education in marketing from law school of all places.  Working at a trademark law pro bono clinic for a year taught me the importance of branding, image, and marketing.  This had supplemented what I had learned about marketing in passing from observing legendary brands such as Apple, Leica, and Magnum Photos, all of whom at one point were on the verge of obscurity before bouncing back.  What finally convinced me that I must change the dichotomic blog-gallery system I had, ironically, was writing a blog post that involved Dieter Rams’s Ten Principles of Good Design.  According to Rams, good design:

1. Is innovative.
2. Makes a product useful.
3. Is aesthetic.
4. Makes a product understandable.
5.  Is unobtrusive.
6. Is honest.
7. Is long-lasting.
8. Is thorough down to the last detail.
9. Is environmentally friendly.
10. Is as little design as possible. 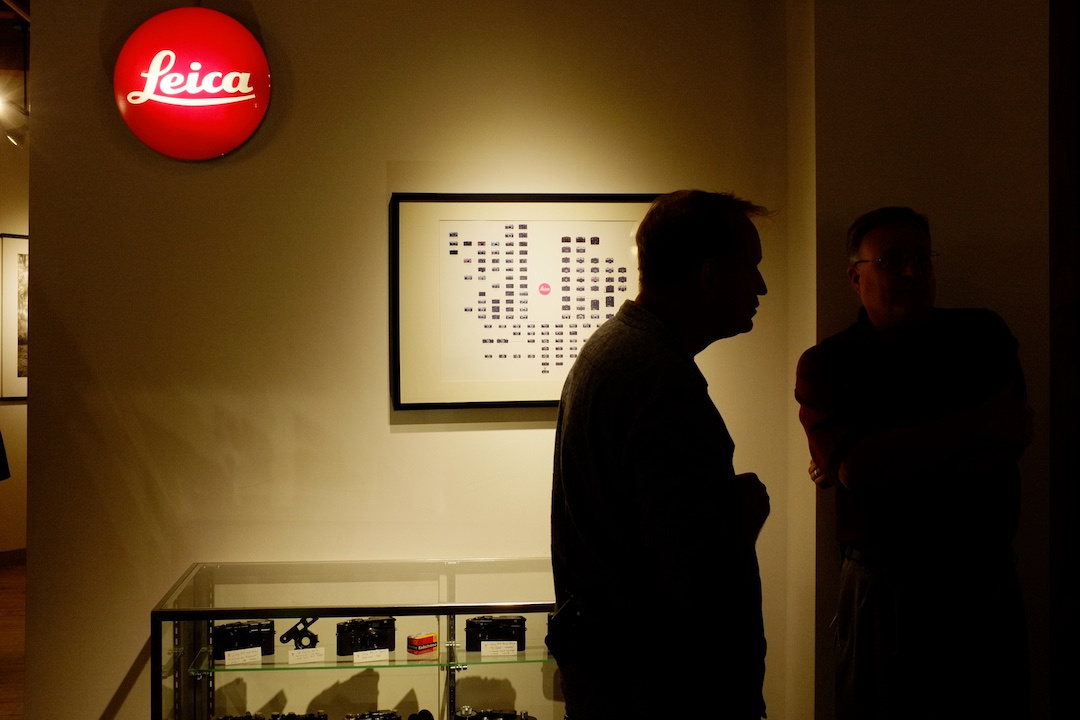 I began researching for an online gallery and printing provider that would not only suit my needs for sustainability and marketing but also provide a seamless way for my audience and patrons to find, view, and purchase my works.  My search ultimately lead me to, stupidly simply, the most highly rated provider among professional photographers: Zenfolio.  After weighting out the costs versus the benefits, it was a no-brainer to switch over.  My older system was slipping into stagnation.  It was time to rebel against such.

In a span of a fortnight, I had meticulously carved out a satisfactory interface.  Using a broad template, I modified layout of the new site keeping in mind Rams’ design principles.  I became obsessed not only with piecing together a new portfolio and gallery scheme but so much as so to the typeface itself.  I have come to believe that typeface in itself has a subconscious impact on how we read the letters and words they portray.  Indeed, the United States Court of Appeals for the Seventh Circuit published a six-page article on typography, and who an forget the 80-minute documentary film Helvetic. 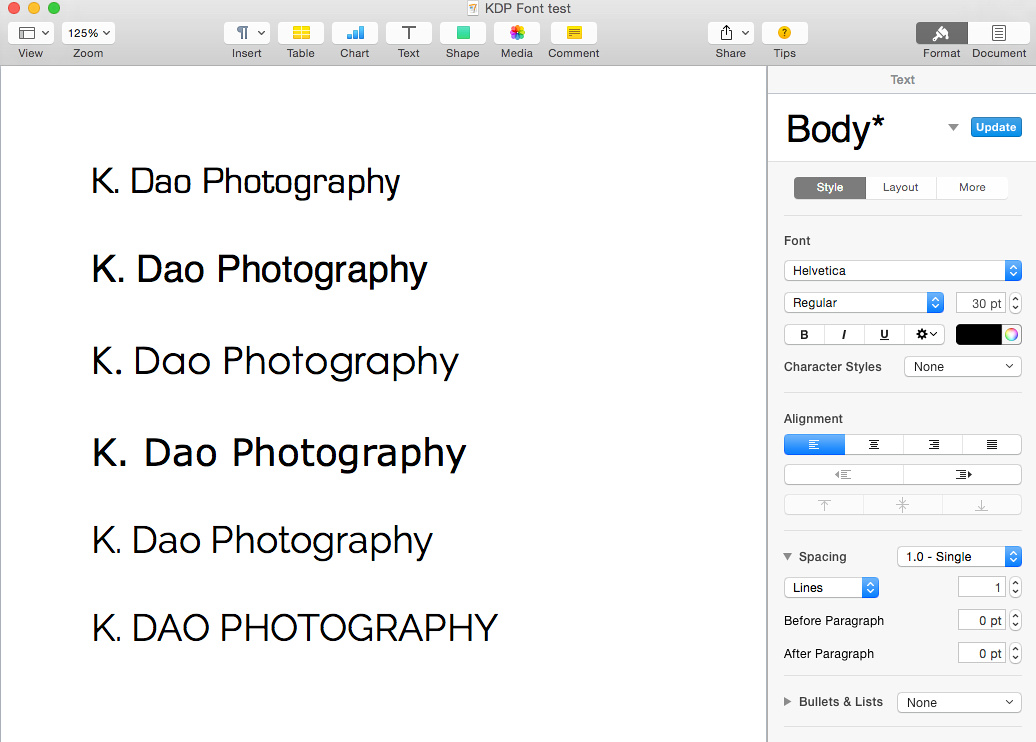 On the fifth of November a month ago, I launched the new face of K. Dao Photography.   With it came the new website that integrates my portfolios, print galleries, private client albums, and a new blogging forum all under one portal.  With a new but familiar logo and a streamlined domain name, visitors to www.kdao.photography will first encounter a splash page featuring a clear menu and slide show of my eclectic works as an overture.  From there, visitors can view my portfolio that represents my best works; an exhibition album featuring a monthly exhibition of a project of some theme for a limited duration; a gallery housing albums of photographs with professionally made prints available for purchase; a portal for clients to privately view their commissioned works; and a news page to read current developments. 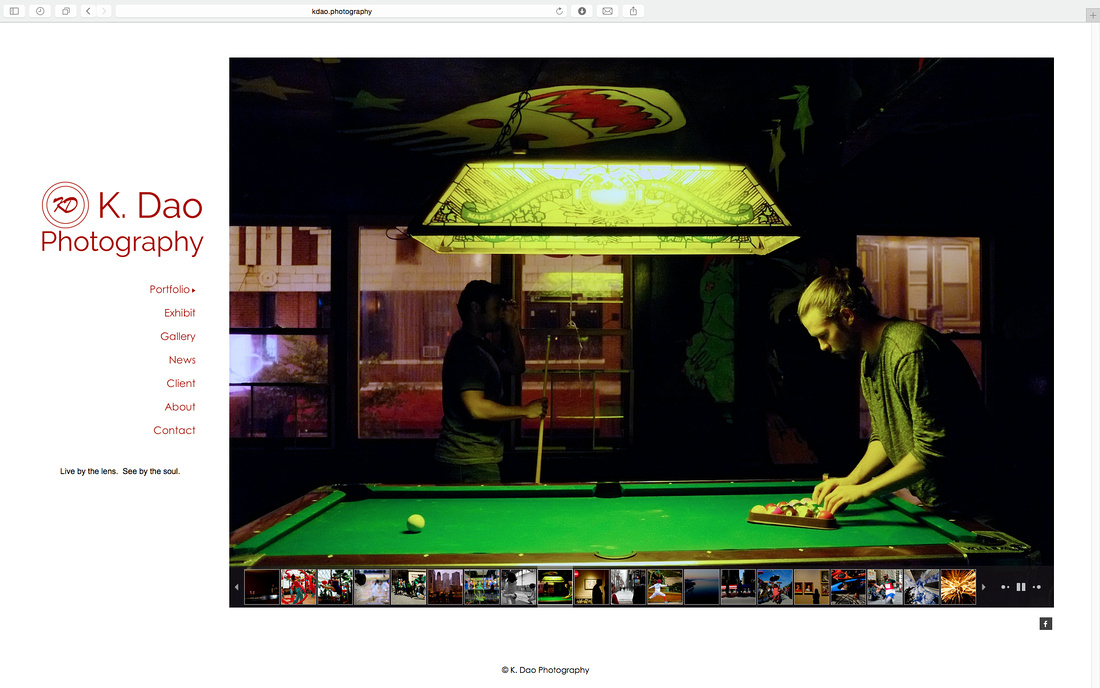 The new site represents more than just a new interface through which my audience may interact.  To me, it is symbolic of my growth as a photographer and a professional.  It shows that only after making errors and mistakes that I can learn to better myself.  Is the new K. Dao Photography perfect?  Probably still not.  But that is because I am an imperfect being striving to be better than I once was.

It has been a month since the new launch, and I find myself still in the period of transition as I am redirecting my small but loyal audience over to the new site.  Since then, I have been in the process of converting the old K. Dao Photography blog into a more general forum that will allow me to write on any topic and more in an opinionated manner such as how I believe that the 8x10 framing format should be abolished already or how I am disturbed by the general lack of knowledge people have over their constitutional rights.  I aim to have all transitions complete by the end of the year.  For the time being, I will continue on doing what I have been doing—find new ways to improve myself and rebel against stagnation. 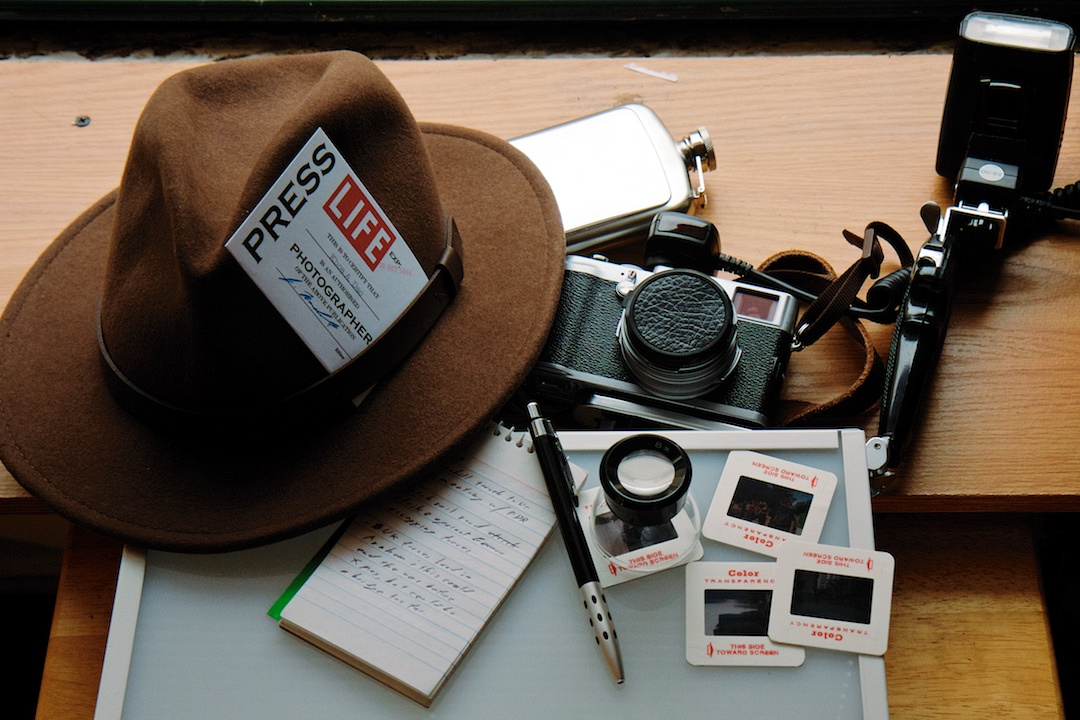 Components of my Halloween costume this year. It's all about the details.