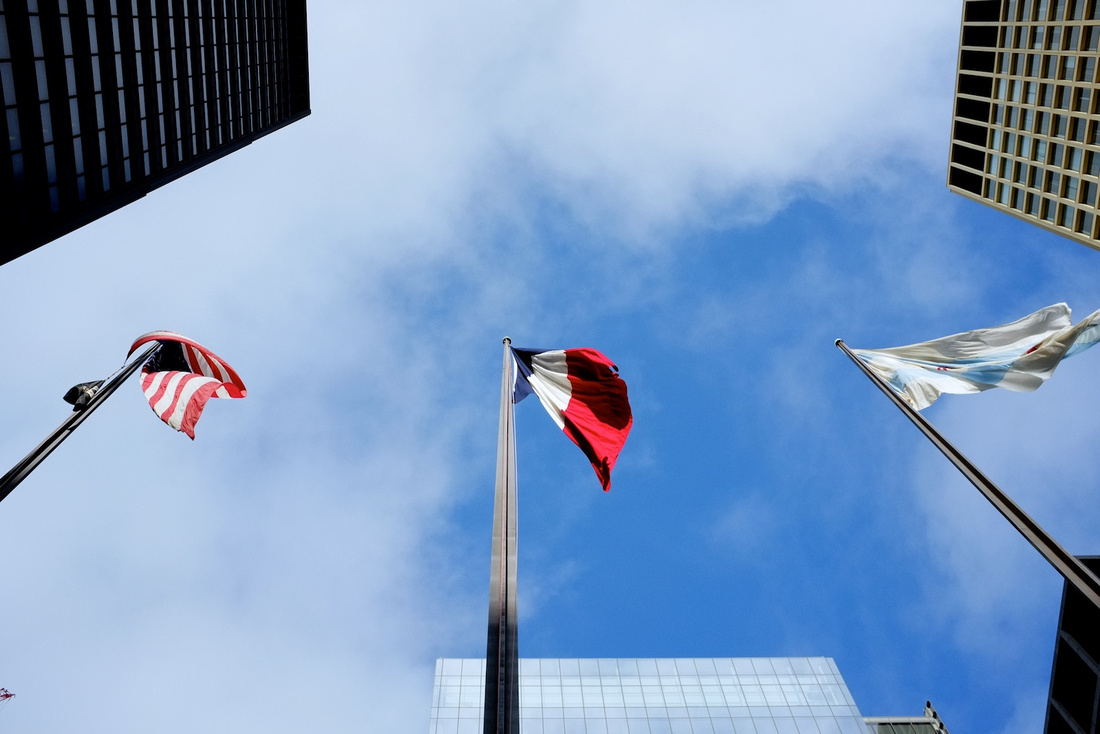 On the afternoon of 14 July 1789, the people of Paris stormed the medieval fortress of the Bastille.  Their intent was to seize a cache of gunpowder for muskets they had commandeered earlier in anticipation of attacks from supporters of the king and nobility to suppress the uprising that had began two days earlier.  The Bastille stood not only as a garrison for the French military at the time, it also served as a political prison and represented the tyranny and abuse by the monarchy over the common people.  The storming of the Bastille by thousands of Parisians and its subsequent fall became the flashpoint of the French Revolution, the effects of which still ripple through our present day.  The 14th of July, or Le quatorze juillet, thereafter marks the National Day of France, or La fête nationale, a day to celebrate liberty against oppression and totalitarianism.

I have had a special place my heart for French culture as far as I can remember.  This is not surprising given my Vietnamese heritage.  Although the French colonization of Vietnam lasted less than a century, the French heavily contributed and influenced modern Vietnamese culture, from Catholicism to the language to even something as simple as the humble banh mi sandwich.  Four years of taking French in high school solidified my endearment for French culture.  While throughout the years I have forged affections for several different cultures—most notably to my friends my misappropriation of the Scottish culture—I still feel a sense of gratification whenever I hear La Marseillaise blaring somewhere.

It was pleasant surprise for me to discover last summer that Chicago hosts a Bastille Day celebration every year.  I am rather embarrassed to admit that I did not know about this sooner given that I have lived in this city since 2010.  Nevertheless, as I had the day free last year, I grabbed a rangefinder camera and did what I do best—observe, partake, and create.

I first visited the Chicago French Market to see if they were doing anything special.  Asides from a few signs and decor, not much was going on, so I proceeded to Daley Plaza where the bulk of the Bastille Day celebrations were planned. 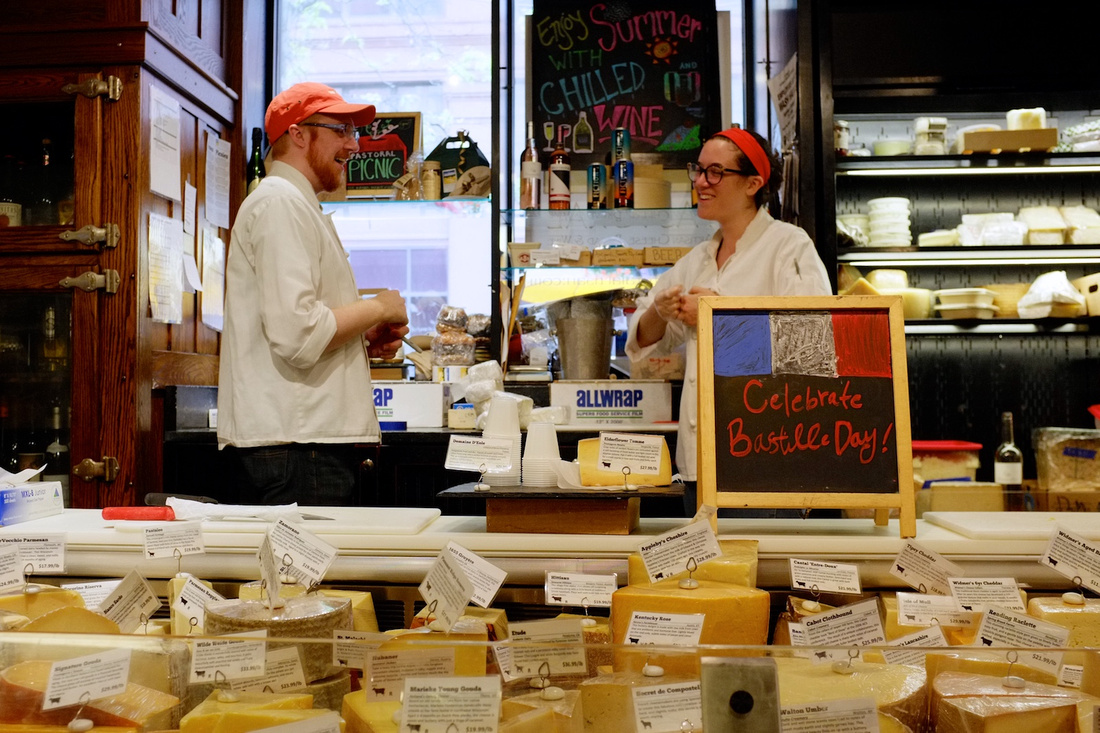 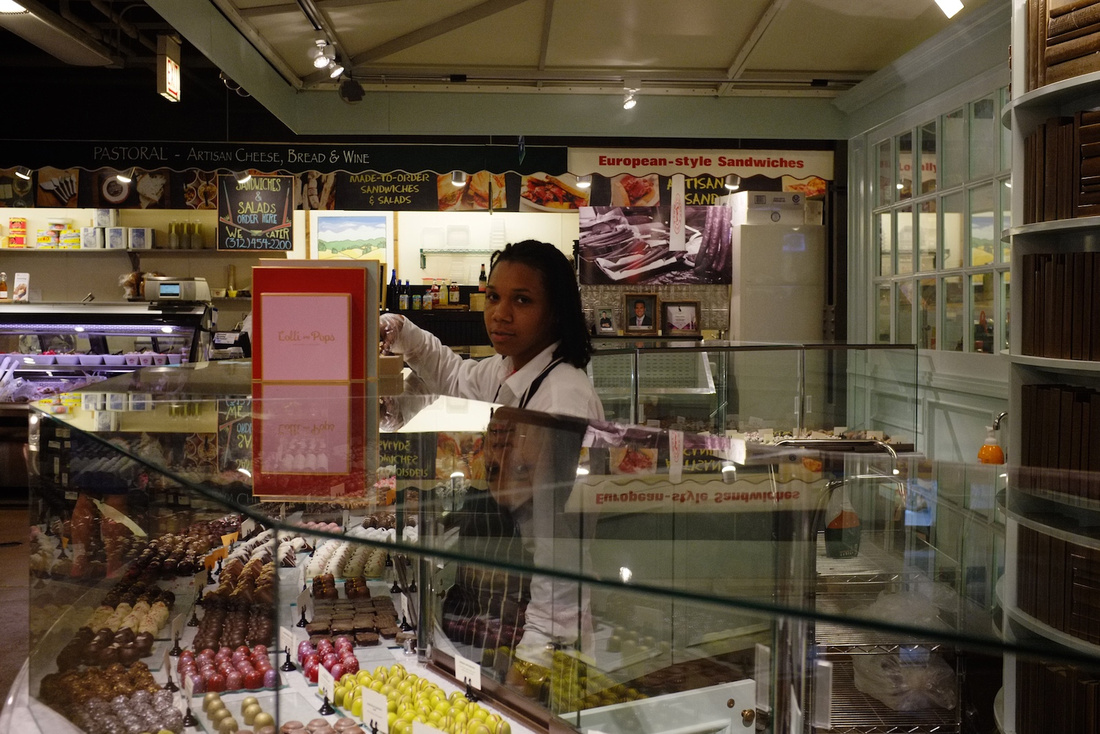 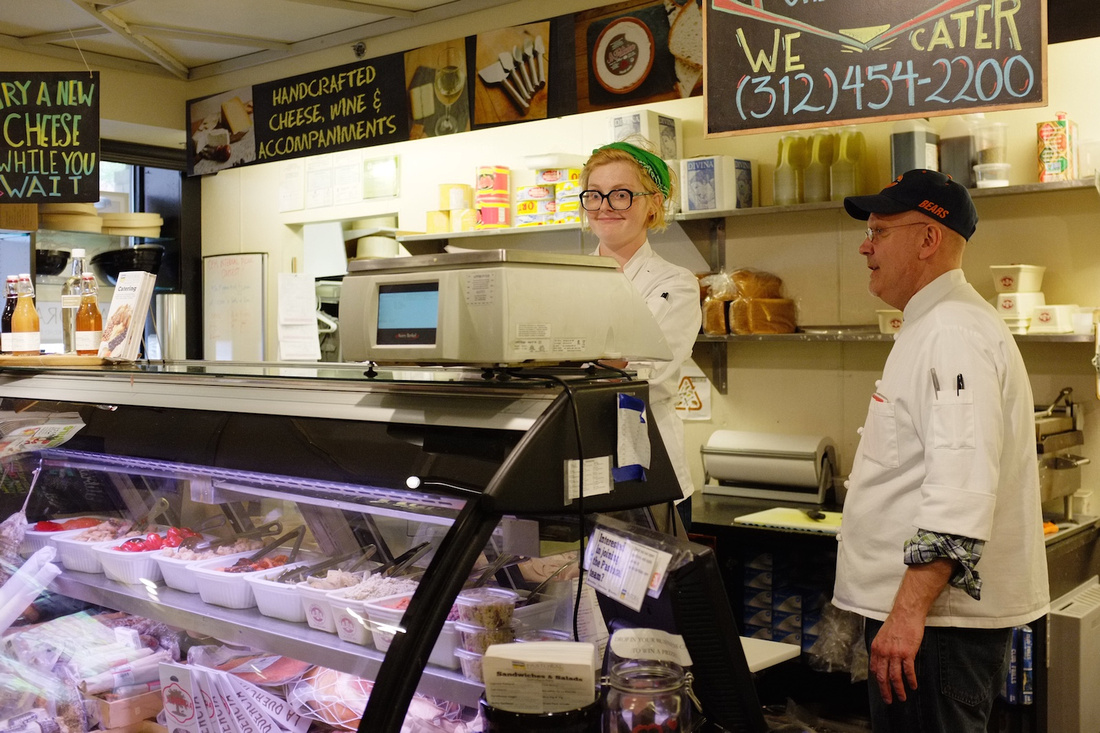 I wandered around with my camera in hand, listening to live French rock music, observing pâtissiers and confectioners crafting decadent desserts, trying to figure out how one plays pétanque.   All the meanwhile, I had ambitions of attempting to converse in French and immerse myself into the micro cultural festivities.  I was and still am so woefully out of practice, however.  Most likely I would have sounded like the character of Officer Crabtree from the BBC sitcom ‘Allo ‘Allo!, lamentably.  So for the sake of my pride and the francophones’ ears, I stuck with English. 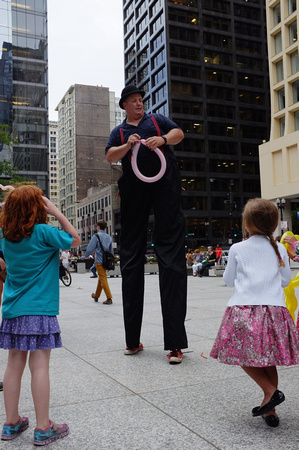 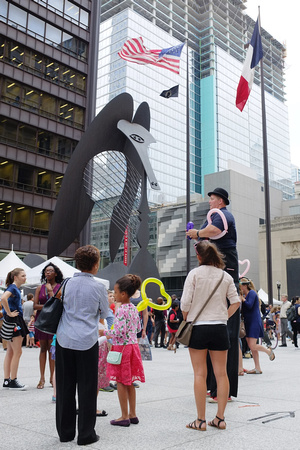 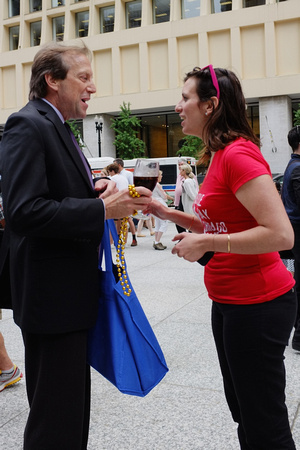 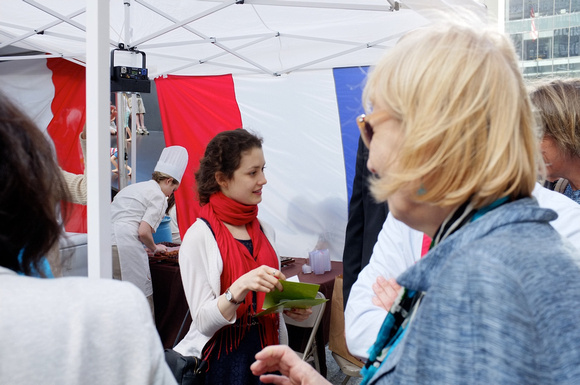 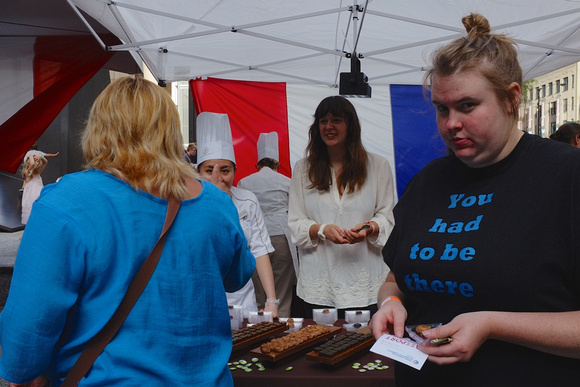 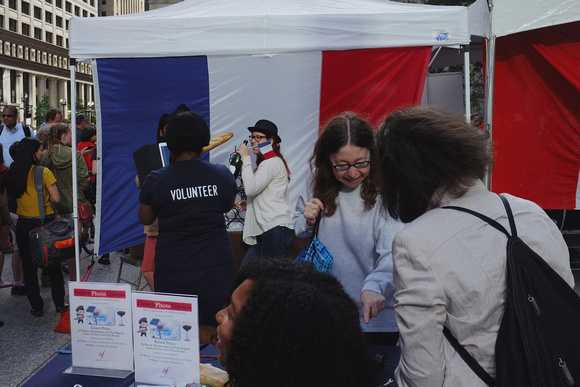 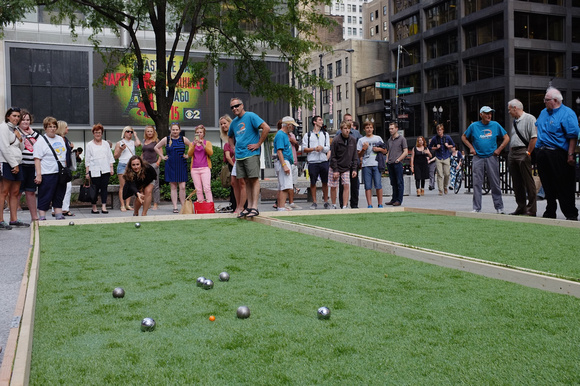 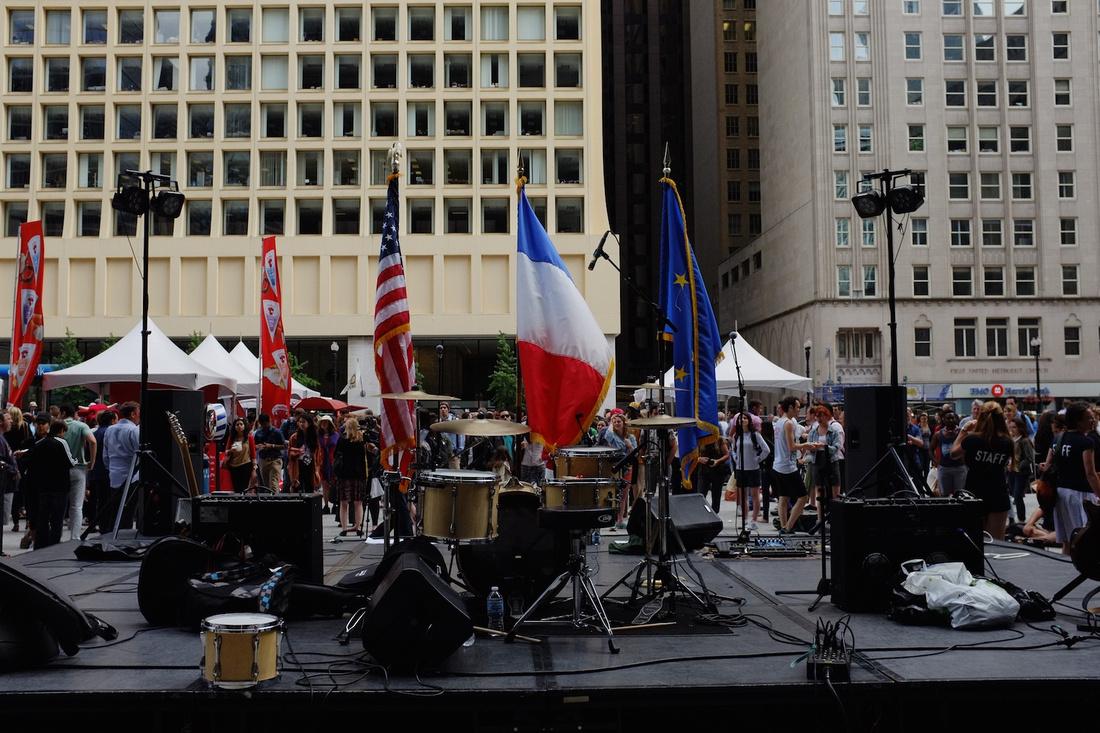 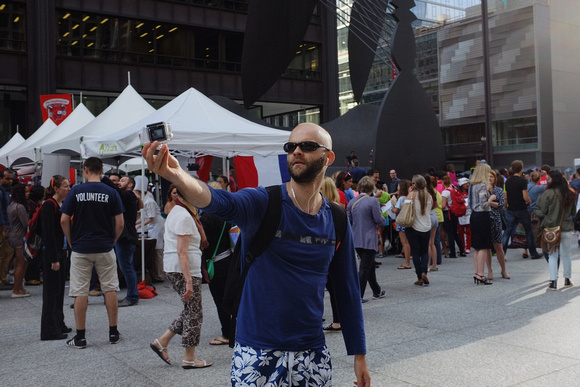 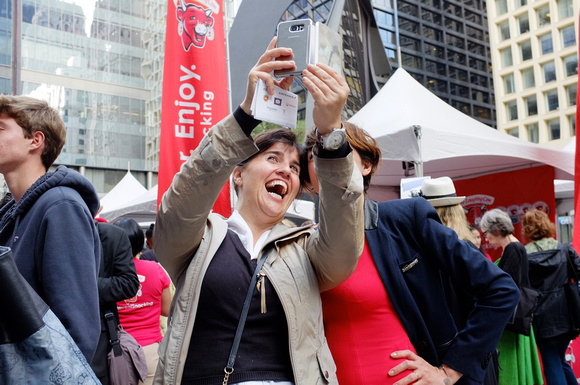 The highlight of the celebrations that day, in my opinion, was the waiters’ race.  The combination of speed and stemware on a tray eventually leads to gravity prevailing.  I can attest to this first hand having been a server at a restaurant long ago.  If only my own spills back then lead to such hilarity. 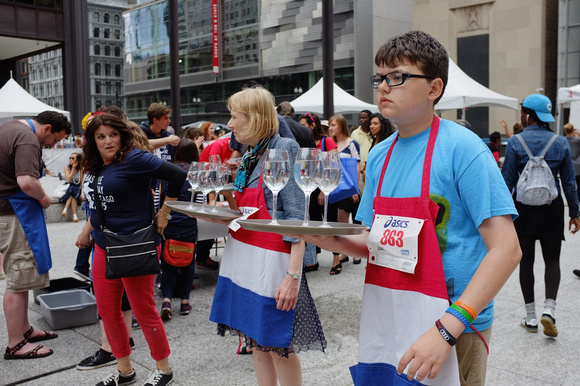 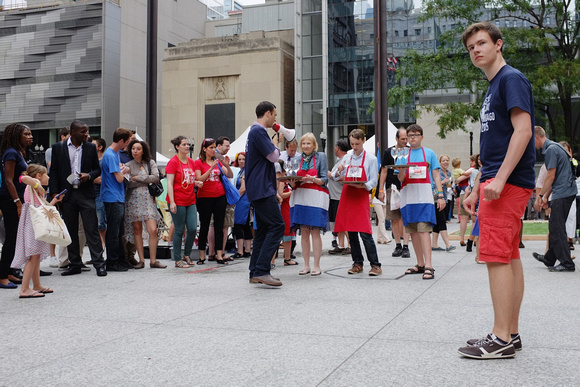 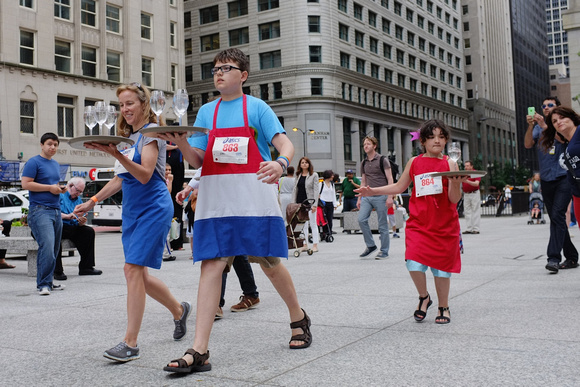 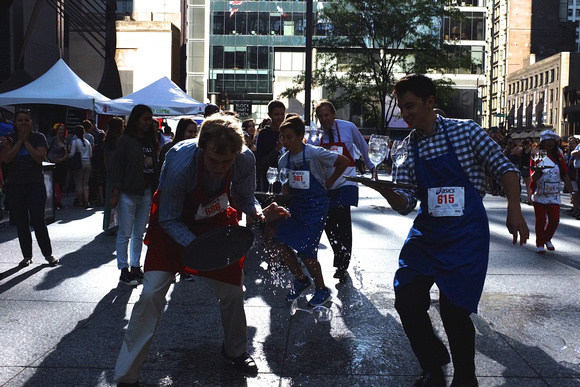 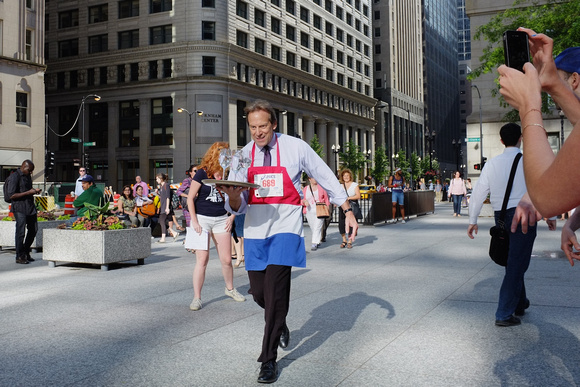 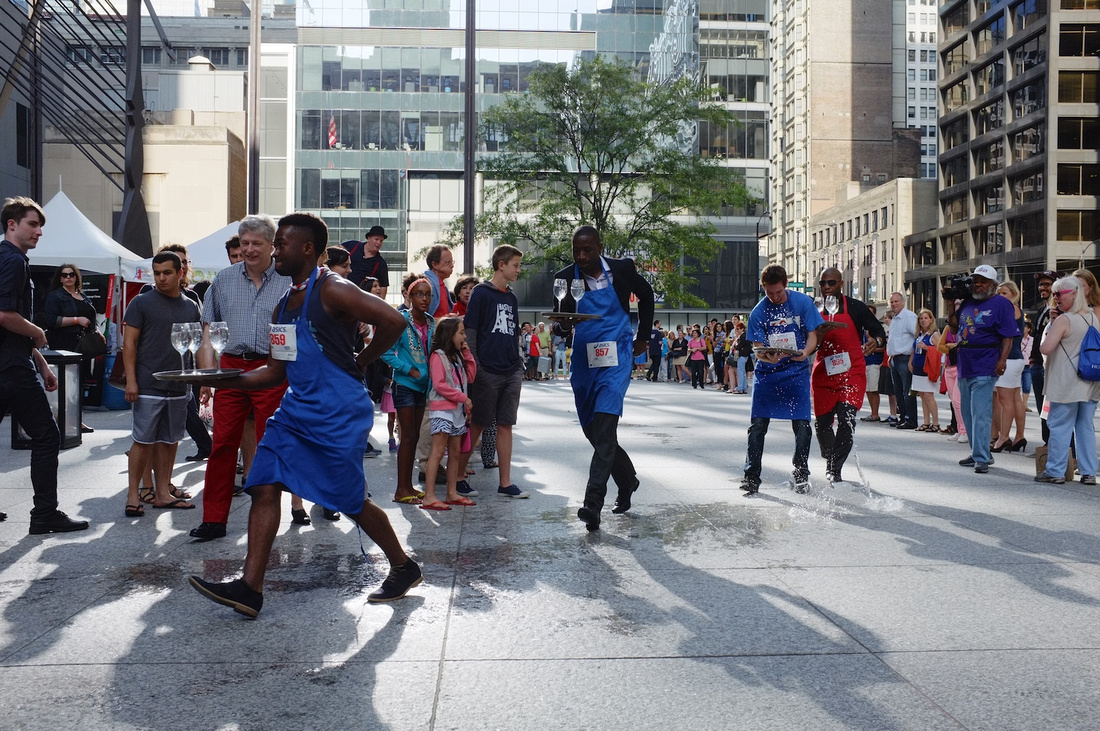 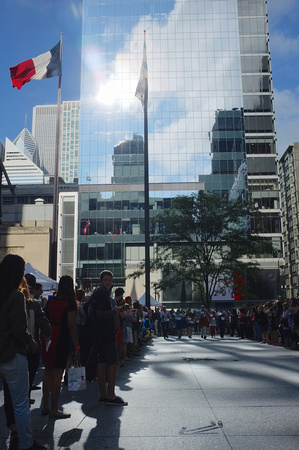 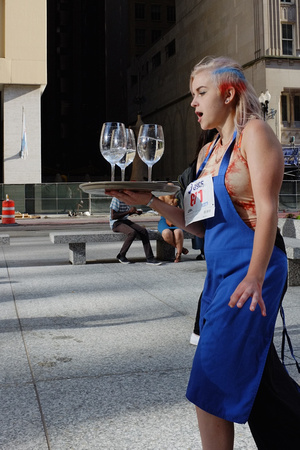 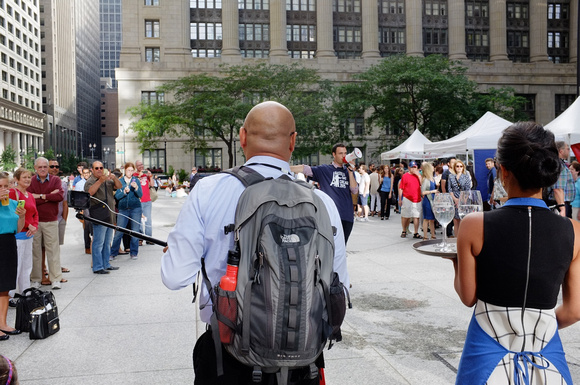 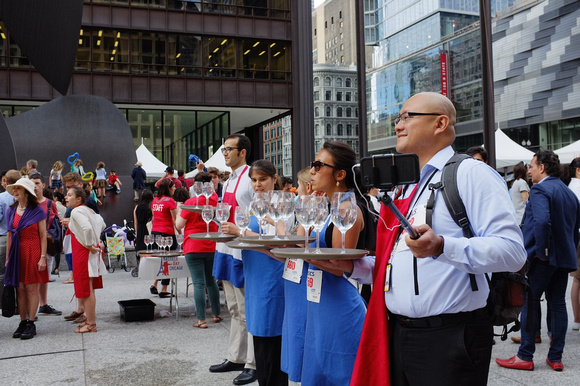 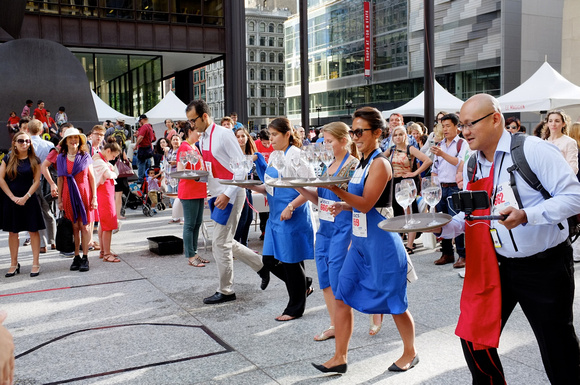 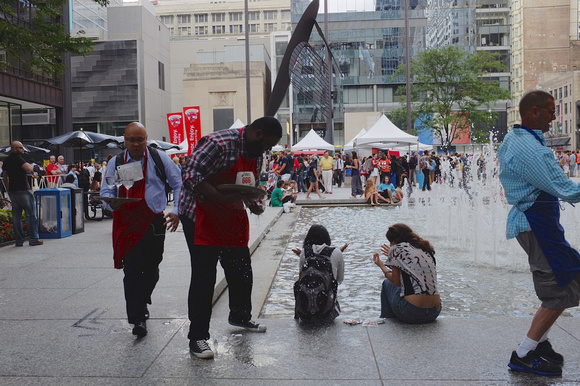 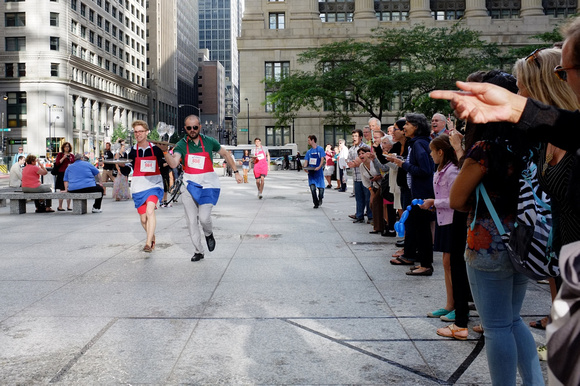 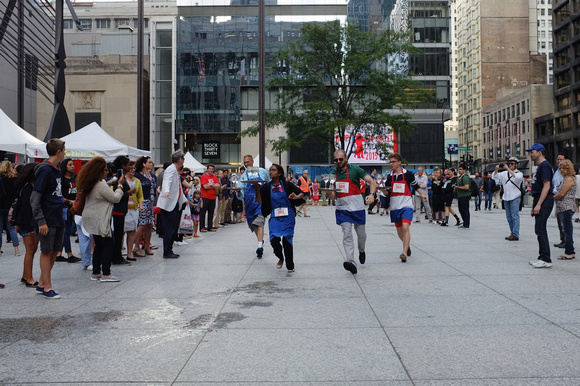 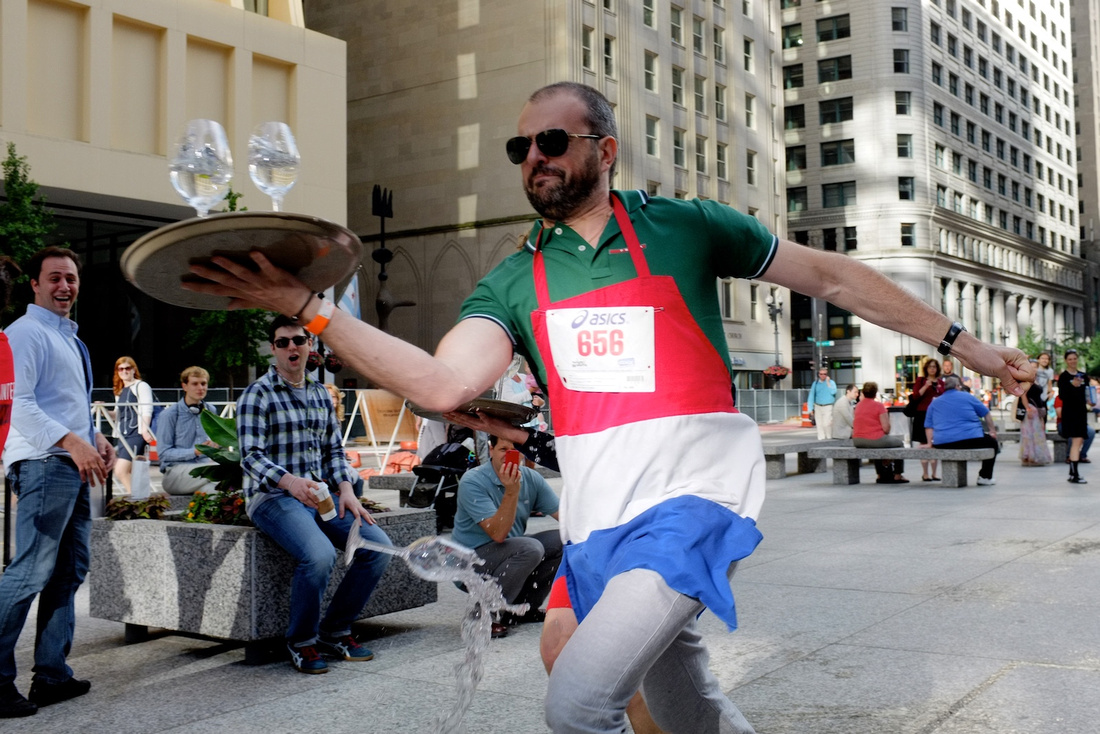 Unfortunately, I am unable to attend this year’s Bastille Day celebrations, this time at Montrose Beach up north.  My scheduling conflicts today should not prevent me from celebrating French culture in some way, though.  Perhaps banh mi for dinner is in order.  In any event, vive la France, vive la liberte! 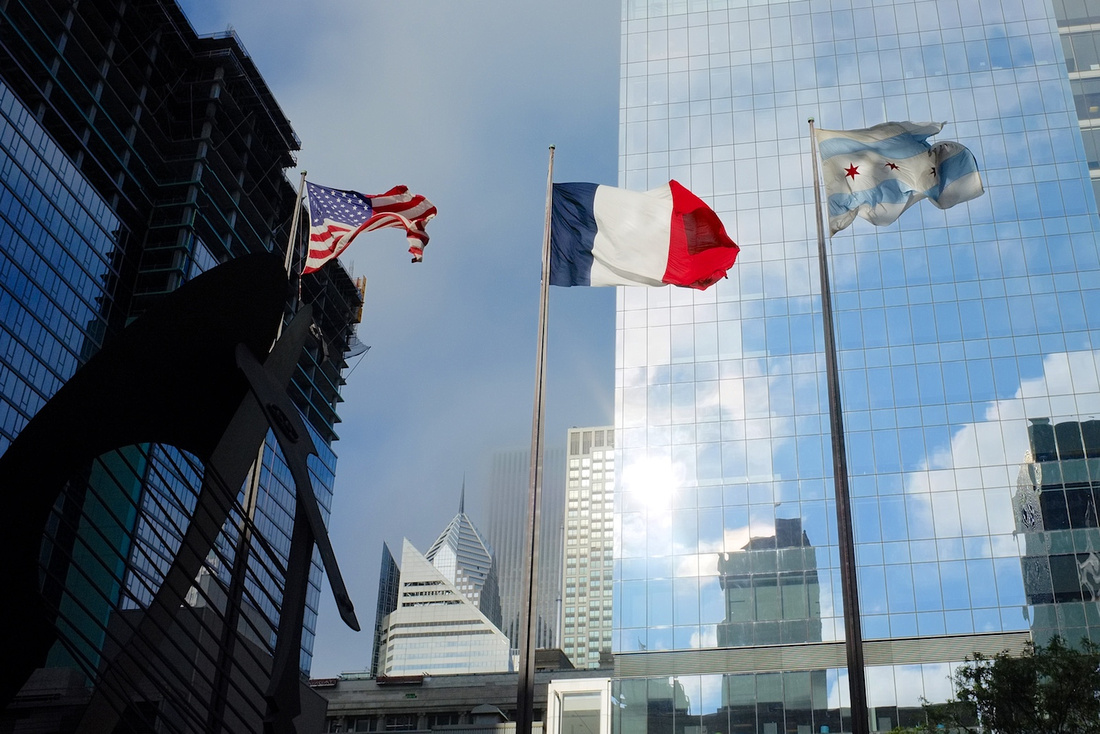