The Story of the 2014 Remenyik 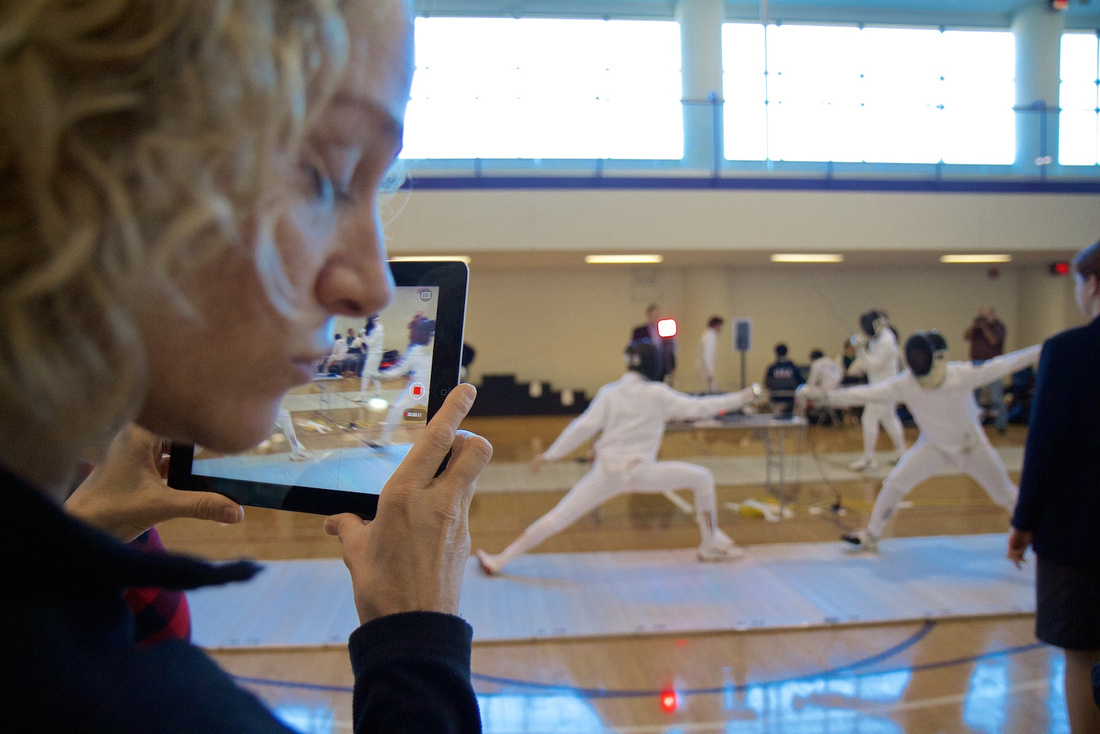 The following was originally published on 18 December 2014 via the old K. Dao Photography blog.  This entry offers a glimpse in my process of covering a moderately sized fencing tournament, the annual Remenyik Regional Open Circuit at Northwestern University.

Photography is a type of communication.  It is a method through which the creator of an image conveys some message.  Whether it is a simple snapshot to act as a reminder note, a street photograph to convey social commentary of the times, or a carefully composed portrait to present a biography, a photograph states something.  I consider myself not just a photographer but an author as well, telling a story in each and every frame I present.

I returned to my photographic roots in late October when I knelt down by the side of an aluminium piste and framed fencers in action through a lens at the annual two-day Remenyik Regional Open Circuit.  While I have discussed much of street photography and photojournalism, it was through photographing fencers that my passion for this art flourished.   Before that, the vast majority of the images I made were random snapshots of family, friends, or travel locales, taken with a point-and-shoot camera often on automatic mode with no thought of exposure or composition.  They were not by my design.  The challenge of photographing fencing compelled me to do better, though.  It forced me to take my camera out of auto, to think before evening lift the camera to my eye, to be deliberate in making an image.  Photographing fencing ultimately turned me into a visual story teller. 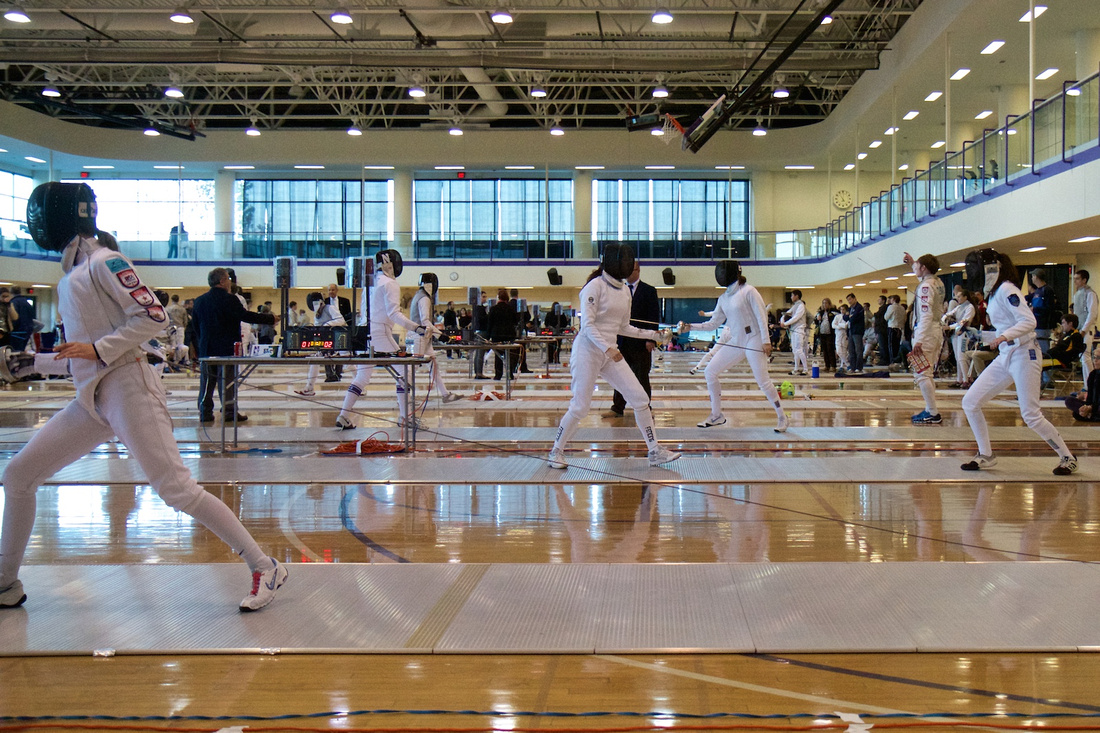 I walked into the Henry Crown Sports Pavilion at Northwestern University that Saturday with both a literal and metaphorical weight on my shoulders—my heavy gear bag and the challenge to meet an ever increasing standard of quality, respectively.  The last time I had peered through a viewfinder and focused my lens on fencers was five months ago in May.  In fact, the last fencing images that I had published were from a World Cup.  My own self-expectations, therefore, were quite high.

It was not long after a few clicks of the shutter on familiar ground that it all came back to me.  While shooting fencing is not that dissimilar from photographing a wedding or documenting everyday life around town, there are some subtleties and directives to always keep in mind in this specialty:

-Never be in the fencers’ or the referee’s way; never interfere or intrude upon them, and never do anything that would affect the bout.  Give them a wide berth, and most of all, respect the referee’s working space at all cost, even if it means missing the shot.  This is my “prime directive” of fencing photography. 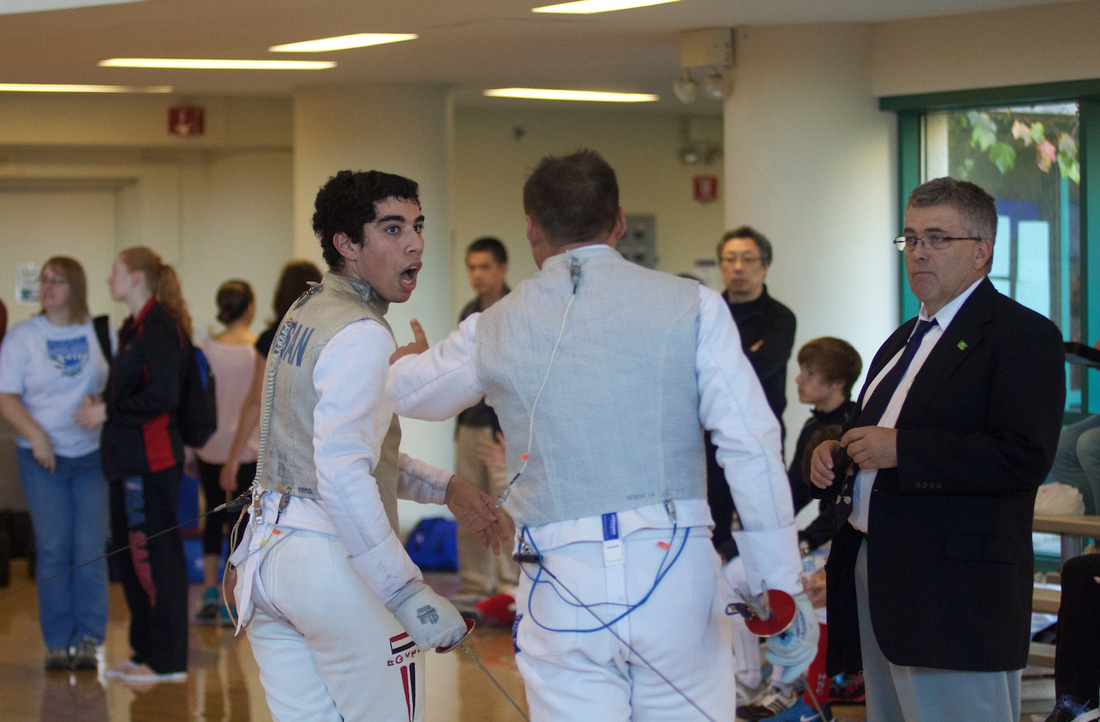 -It is not always about the action.  While many become awestruck and wowed by a still of a fencer in midair, more often than not, the “decisive moment” is actually right before or right after the scoring of a touch.  I personally see much more depth in a candid portrait of a fencer stepping off the piste and reflecting on the bout that just occurred than the action in the bout itself. 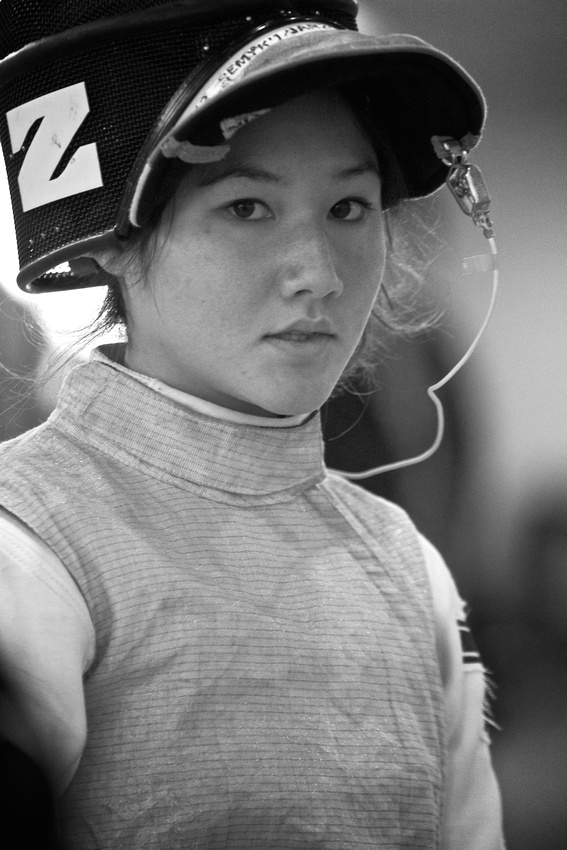 -Be mindful of the spectators.  Their reaction to the fencing bout can add much impact as a vital photographic element to help tell the story.  As such they should be included in the frame whenever helpful. 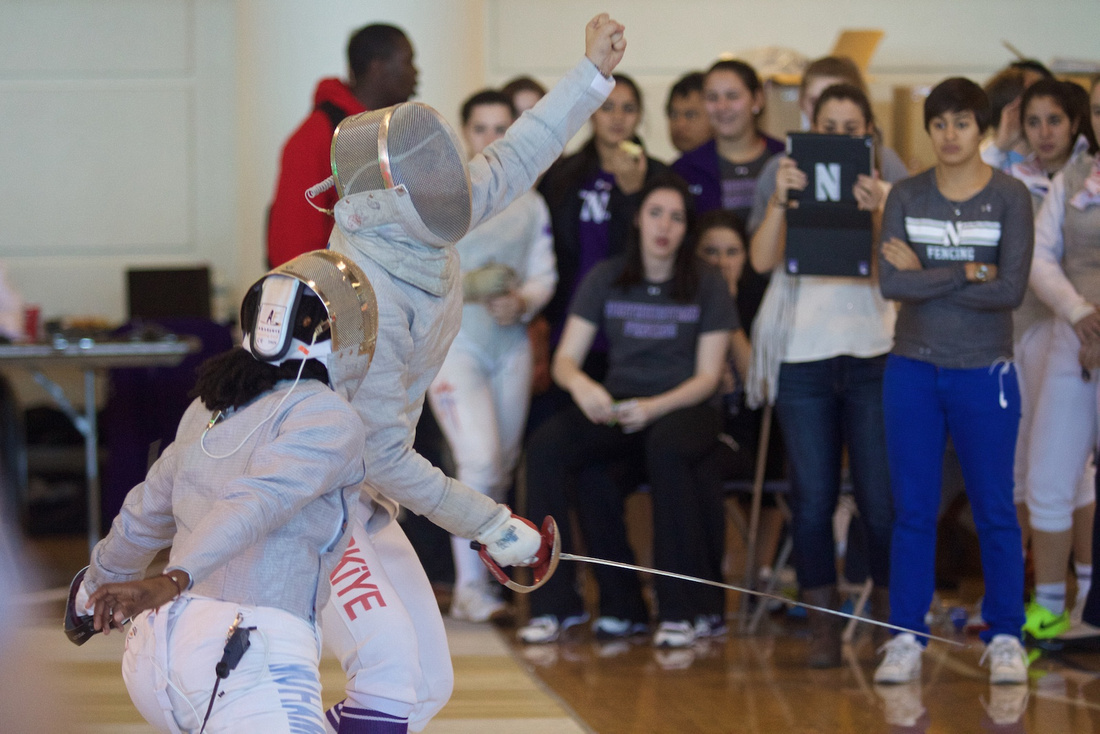 -On similar lines as above, a fencing tournament does not solely contain fencing.  There are people everywhere interacting with one another: old teammates catching up and sharing stories, referees discussing where to drink afterwards, parents of competing fencers befriending one another . . . .  This is where fencing photography comes full circle to event and street photography (to me at least). 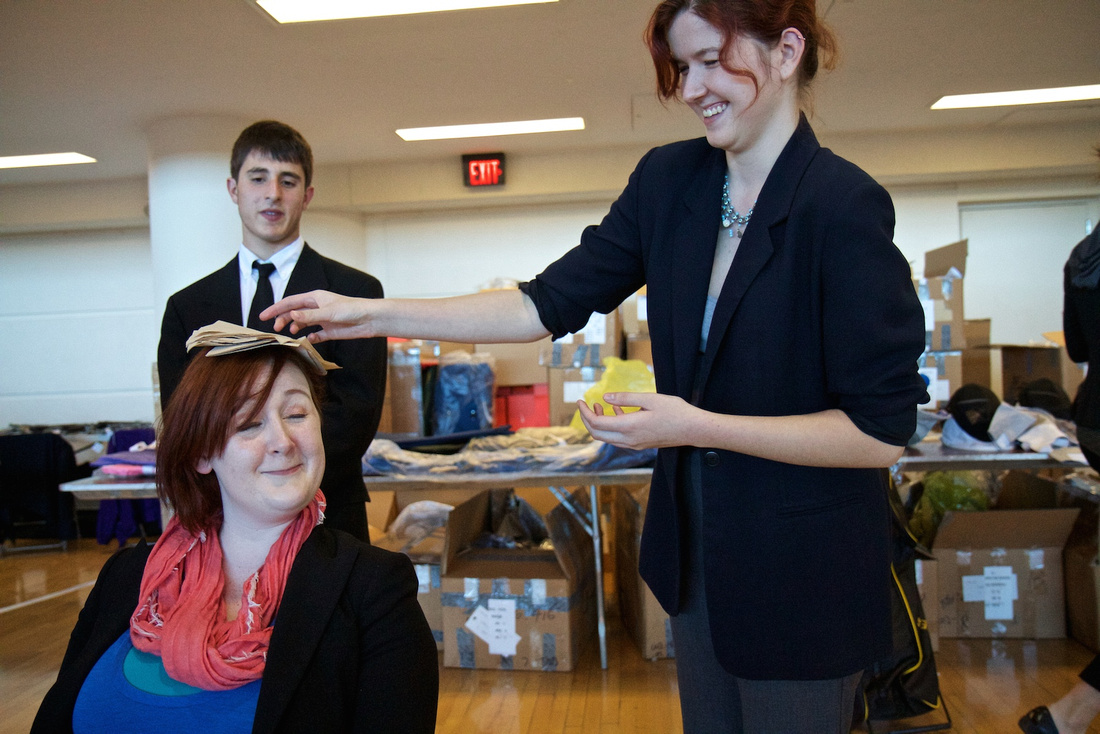 I took my leave and returned home later that evening with my usual catch for a large tournament, over 5000 raw images on my CF and SD cards.  That is still considerably less than the yield from a typical wedding.  After I transferred the gigabytes of images onto my hard drives, I took a quick glance at the digital contact sheets and found that I had indeed met my standard.  Despite the five-month hiatus, my eyes still served me well.

I returned Sunday morning for the second day of the tournament to finish the overall story.  Unlike the day before, I left a bit earlier, an hour before sunset to unwind from the intense atmosphere of clanging steel and soak in the warm colours of autumn around the Northwestern campus.  By the time I reached home after a long train ride, however, I was quite tired.  As much as I enjoy what I do with a camera, being on foot for hours with a camera hanging off each shoulder, constantly dashing around from bout to bout, and nourishing only on Clif Bars for lunch can be quite physically taxing.  Concentrating on framing and composition, shooting angle, and lighting adds to that exhaustion.  It is a good exhaustion, though, the kind one gets after a good hard day of accomplished work. 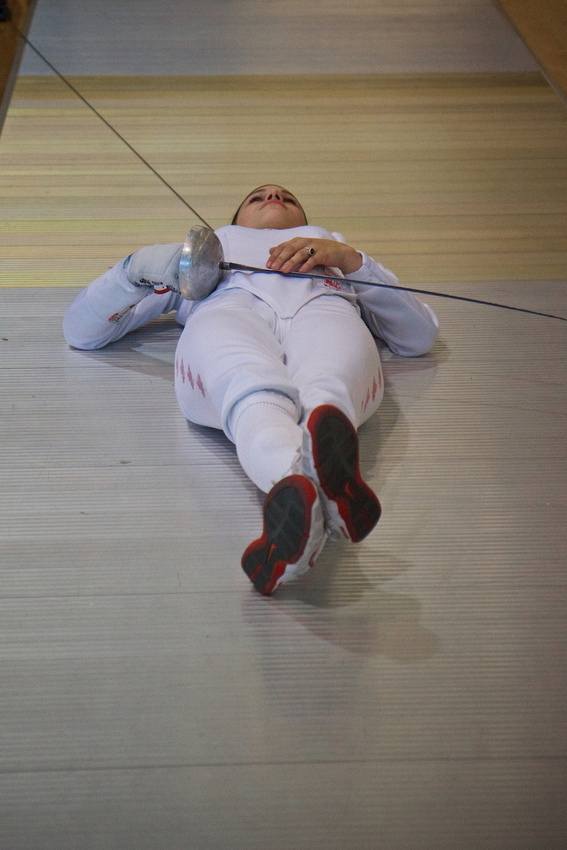 Of course, the work definitely does not end there.  Raw, unedited image files are only a rough draft of the story.  Equally as important as pressing the shutter release is the editing processing.  Of the total 9000 images from both days, I painstakingly and meticulously selected out 460 some photographs, ultimately.  These final images did not make the final cut randomly.  Rather, I have selected each and every one of these photographs deliberately to tell the various stories of those two days at the Remenyik.  Each photograph is there for a reason.  I can never be certain if my audience will see the same story that I am trying to tell, if at all, but each photograph, to my eyes, convey some message and meaning. 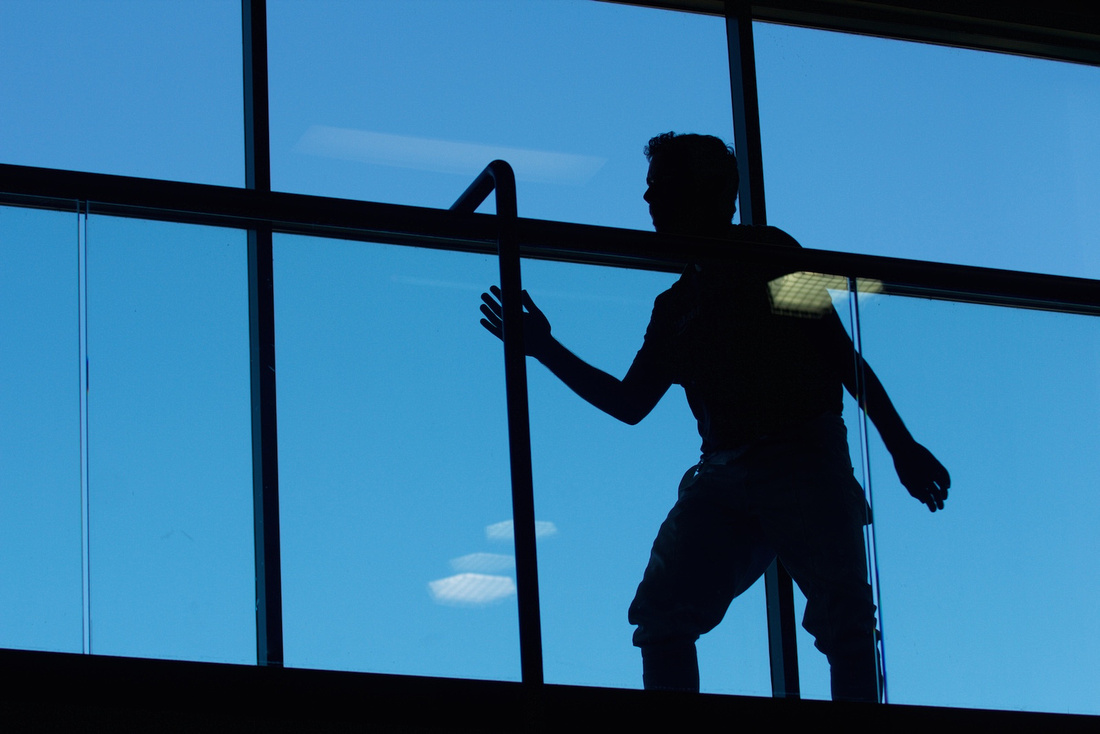 I had published these photographs on Facebook several weeks ago as part of an effort to reinvigorate my professional presence on social media.  To be fair, however, Facebook is the only social media outlet I publish my photos outside of this blog and website.  Most social media presents an intellectual property nightmare where photo theft and reposting without crediting the photographer is all too common.  Nevertheless, it is a give and take.  In order to reach out to my audience, I must bare the risk of having my work taken and redisplayed without receiving credit.  That is the reality these days, I suppose, but that is a discussion for another time.